THEY CALL ME MELLOW YELLOW 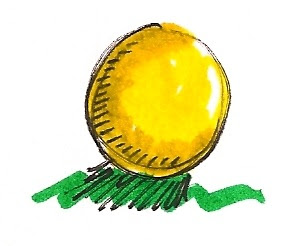 It's that time of the year again! Not only does the Premier League change its clocks, but it also changes the ball. That's right, the nights draw in and the yellow ball comes out, or as it's known in our household, the Nigel Winterball (Copyright Kari Rice). Apparently it's easier to spot than the white one, especially during a Liverpool game; look for it in the back of their net.

ARSENE'S ARSENAL ARSE BEATING
Nigel's old stomping grounds, North London, provided us with the comedy defending of the week; a team are never more dangerous than after conceding a goal, so Tottenham must have been downright lethal after going 1-0 down in the 42nd minute, and then 2-0 30 seconds later. Some shocking defending saw Febregas waltz halfway down the field and slam the ball past comedy keeper Gomes. The Gunners ran out 3-0 winners giving Spurs boss, Harry Redknapp, a face like a smacked arse, so no change there then. 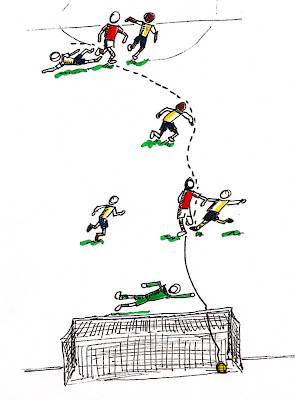 ACTION MEN
The best referees are the ones that go unnoticed, that's what we're told anyway. If that's true, then the man in the middle for the Birmingham City game against Manchester City at St Andrews must be pretty dire. When giving a penalty to the home side, Mike Dean performed a quite bizarre martial arts stance which he held for well over 5 seconds; either he was really trying to make a point or his back had given out. 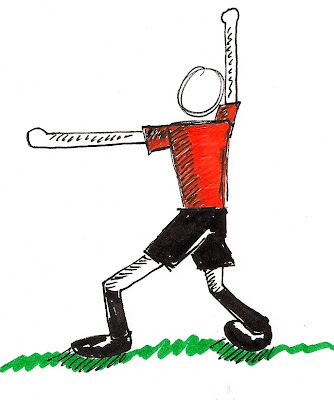 Talking of Given, Blues' James McFadden's spot kick was comfortably saved by Man City keeper, Shay Given and his reaction duplicated actions of keepers all over the world when they pull off game saving stops. Even if the ball rebounded off Heskey's backside and struck both posts before crawling over the line, the useless oaf would celebrate as if he had just scored the winner in the World cup final; goalkeepers are a different breed; instead of allowing their teammates to hug and kiss them, they usually turn bright red and berate their defenders as if they had just scratched their favourite Ferrari. 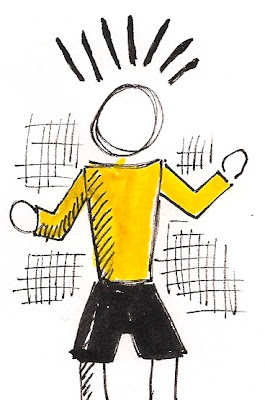 GOAL OF THE WEEK 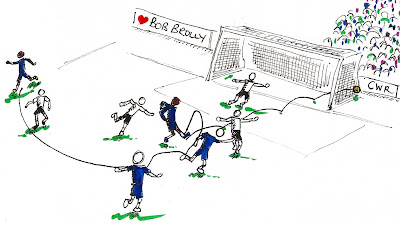 It pains me to say, has to go to serial cheat, Didier Drogba in Chelsea's 4-0 drubbing of Bolton. Although not a fantastic finish, the overall move was quite brilliant, starting with Anelka's lovely chip to Deco who chested it into the path of Fat Frank Lampard, who in turn outrageously volleyed the ball with his heel into the path of Drogba. The Ivorian had every right to go down looking for a penalty after being brutally breathed on by a Bolton defender however, Drogba sportingly stayed on his feet and swept the Nigel Winterball into the back of the net.
Chelsea stay top, and look good going into next week's clash with Manchester United.
Posted by Loo Read at 9:10 PM